Renvarg Ramona and David's Flemish Jane are both in foal to Wylderswoode Stormydd for 2016. Flight of Fancy is in foal to Vincent II for 2016 and Matilda is in foal to Diamontanz for 2016.

Our last foal of the year has arrived safely, a truly beautiful skewbald filly out of The Last Turn by Vincent II, we have named her Azalea. More information can be found soon on our 2015 foals page.

We have welcomed another broodmare to our herd, a lovely big Welsh Section D called 'Davids Flemish Jane' she will be put in foal to Wylderswoode Stormyd. More details of her can be found on the Mares page.

First time mum Renvarg Ramona has foaled a striking colt foal by Wylderswoode Stormydd, we have named him Invader and he is to be retained by the stud.

Wylderswoode Millie, Wylderswoode Diva and Westside Flight of Fancy have all safely foaled, two more fantastic colts and a stunning filly.  They will all be able to be viewed on our 2015 Foals and for sale pages soon.

We have welcomed our first foal of the year, a lovely big colt out of Just Sadie by Wylderswoode Stormydd we have named him Jenson Interceptor.

Vincent II competed at the Northern regional's at Elementary and came 5th. He was in joint second right up until the last 3 and he and those in 3rd and 4th all finished on the same score with just 1 mark between them all on the collectives!!!

Wylderswoode Millie, The Last Turn and Westside Flight of Fancy are all in foal to Vincent II for 2015.

Vincent II has qualified (in 3 outings) for the British Dressage Regional Championships at Elementary level.

A busy couple of days for us! Wylderswoode Millie got the ball rolling in the early hours of May the 1st foaling a fabulous coloured filly, we have named her Mayflower (see 2014 foals page). Later that night Westside Flight of Fancy followed suit and foaled a gorgeous bay filly named Fleur de Lis.

On May 3rd Matilda produced a striking bay colt who will grey out, he is named Aston Martin, 2 hours later Wylderswoode Diva foaled a smashing brown colt, we have called him Ferrari Spider.

A couple of weeks later The Last Turn finished our foaling for the year with a cracking coloured filly, we have named her Aster.

All foals can be viewed on the 2014 foals and for Sale pages.

We have another broodmare join our herd; Renvarg Ramona, she will be doing some ridden showing next year and put in foal to Wylderswoode Stormydd.

We have a new broodmare join our herd; Westside Flight of Fancy, she has a filly foal at foot to grow alongside Wylderswoode McLaren, she is in foal to Fortino for 2014.

Very sad news today, Just Sadie foaled last night & after a very traumatic delivery gave birth to a huge beautiful colt, he wasn't breathing at birth but we resuscitated him & kept him alive for 15 minutes but then he sadly passed away. This is extremely distressing & needless to say we are devastated, he was a smashing big lad & we have named him anyway; Wylderswoode Rolls Royce.

The Last Turn has foaled an amazing coloured colt

we have named him Mclaren

we have named him Bugatti

She is called Zinnia

We have named her Sorrel

And Millie has safely foaled a gorgeous piebald filly

We have named her Sage

Keep a look out for pictures of them on our Foals 2012 page soon.

Vincent had a very good day at the Petplan Area Festival Finals at Myerscough, winning the Novice Open with over 3% clear and the Elementary Restricted!!

Storm came a respectable 12th out of 32 strong class.

Wylderswoode Diva & Matilda are both in foal to Vincent II for 2012.

We have named him Dodge.

Look for pictures of him on our 2011 foal page soon.

We have named her Lantana.

We have named her Calla.

Look for pictures of her on our 2011 foals page.

Wylderswoode Millie is in foal to Vincent II due 2012

Wylderswoode Stormydd has qualified for the British Dressage Regional Finals in August!

Wylderswoode Millie has safely foaled giving us a gorgeous colt foal, we have named him Cooper.

Look for pictures of him on our 2011 foals page.

She was taken from us at such a young age and will be sadly missed but never forgotton.

Diamontanz has been awarded an Elite Premium at the Bef Futurity!

We are so immensley proud of this colt and can't wait to use him in the future!

Please visit his page for more pictures and some of the judges comments! Wylderswoode Millie, Wylderswoode Diva & Matilda and are all in foal to Vincent  to foal 2011.

The Last Turn is in foal to Wylderswoode Stormydd for 2011.

13th June- Just Sadie has safely had her 5th foal, a beautiful coloured filly. We have named her Saffron. Keep your eyes on the 2010 foals page!

29th June-Matilda has safely foaled and we have a stunning bay filly.

Well what a year we've had with our boys!!

Stormydd has had a tremendous year with his debut in the dressage arena, having qualified for the Blue Chip Festival Association in Prelim and Novice and winning both sections, also gaining the highest score of the day with 75.45%.

He also qualified for the Prestige Dressage Championships at Prelim and Novice. gaining 4th in his heat and coming 7th overall out of over 65 finalists! Not bad for a Welshie! 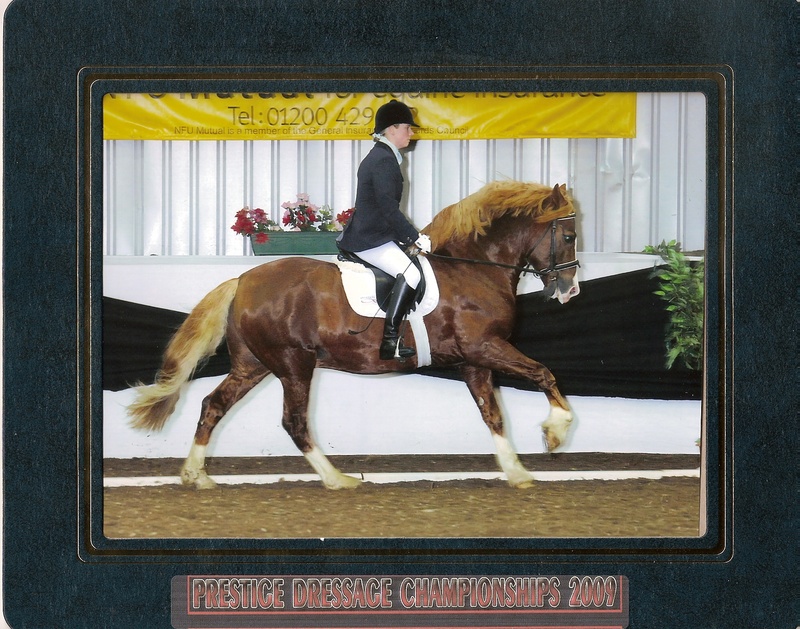 He has also qualified for the Fearns Farm Dressage Championships in Prelim and Novice in late December (keep checking for results!) and in the Elementary in 2010.

He did his first Elementary test back in October, taking the top spot and red rosette with 63.79%. Also that day he gained his highest score to date in the Novice with 78.27% to include four 9's!

He has gained some fantastic marks and comments over the months, being very consistent with his marks, most of the time being in the 70's and along with very positive feedback from judges. Since buying Vincent earlier in the summer, we have had a very exciting year with him.

He has continued his dressage career with great success, notching up more wins and points at Novice and Elementary.

He got to the regionals in August at Somerford Park, and we all came away knowing a bit more about each other!

Aswell as continuing the Dressage with Vincent, he has made a reappearance in the showring.  Gaining many wins under saddle and inhand in Sporthorse classes, coloured classes and warmblood classes.

Vinni went to Chaps Championship show at Arena Uk in September where he won both sections of the dressage, novice and open and best warmblood and won the qualifier for Chaps Factor final 2010. He had a fantastic weekend and got to be a part of two of the evening performances under the spotlights where he was in his element, being the show off that he is! 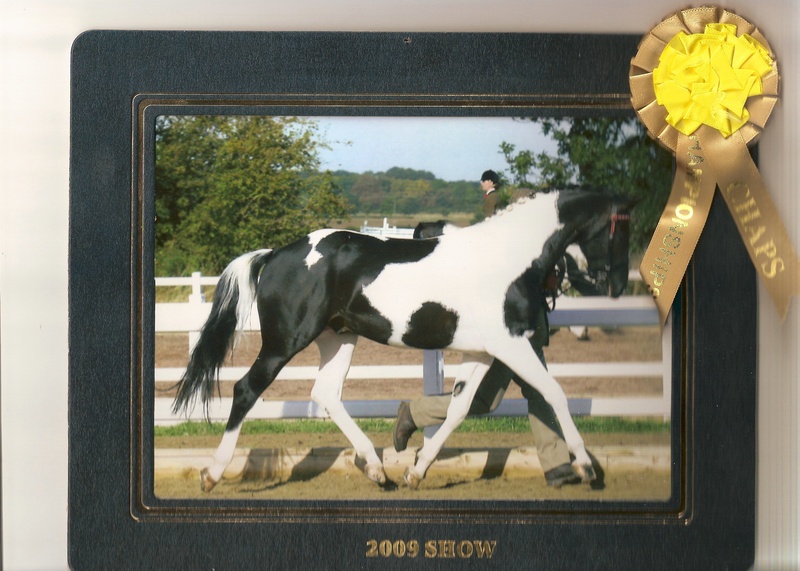 We are pleased to announce that one of our mares Sadie, was successfully inseminated on the first cycle, with Vinni's semen, so we shall be seeing another mini Vinni June 2010!

Since purchasing Diamontanz earlier this year, we have lightly shown him with phenominal success. 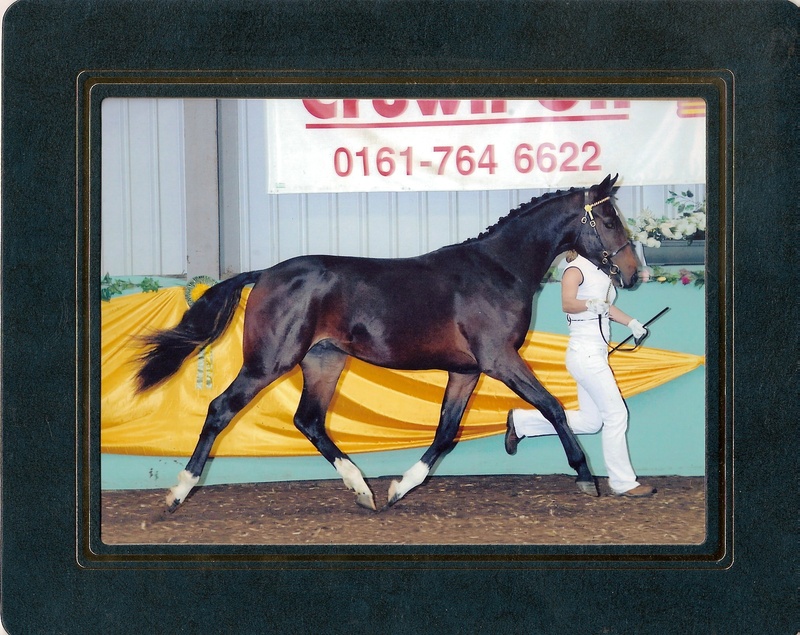 He also attended Northwest Open Championships and got best yearling out of 19 entries.  He got some fantastic comments that night and learnt a little about the showring atmosphere! 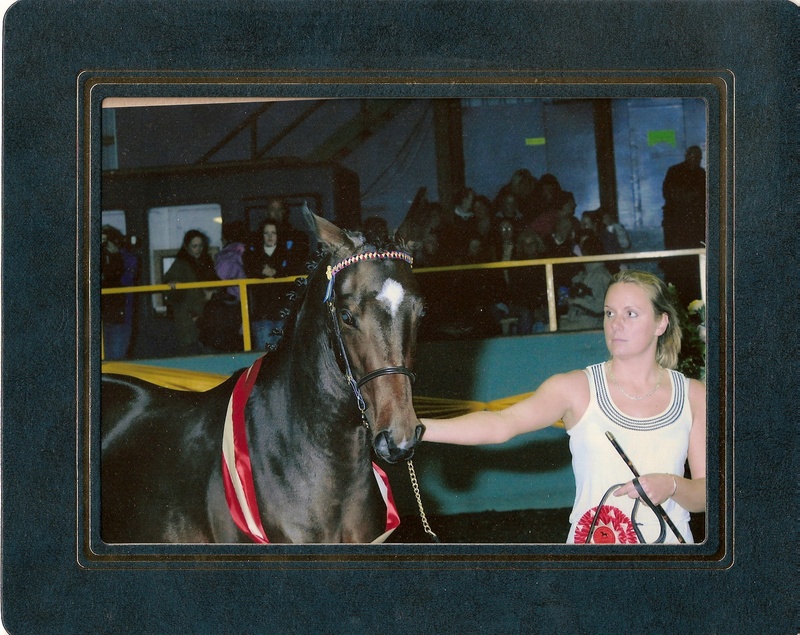 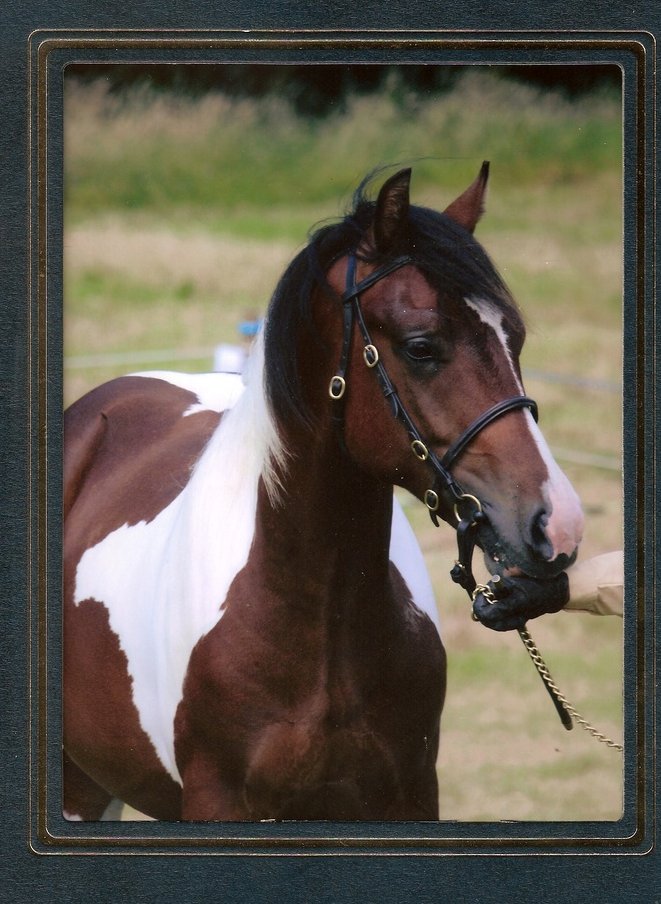 Lincoln also went to Chaps Championships having qualified earlier in the year and getting a respectable 7th in the youngstock finals, 5th in the Hopgarden Stud Breeders challenge and gaining a second premium in the youngstock evaluations, narrowly missing out on a first premium by less than a quarter of a mark!!  Some of his comments 'Good strong foreleg and feet, well defined limbs','Good use of shoulder','Very nice type','Hindleg engages well' 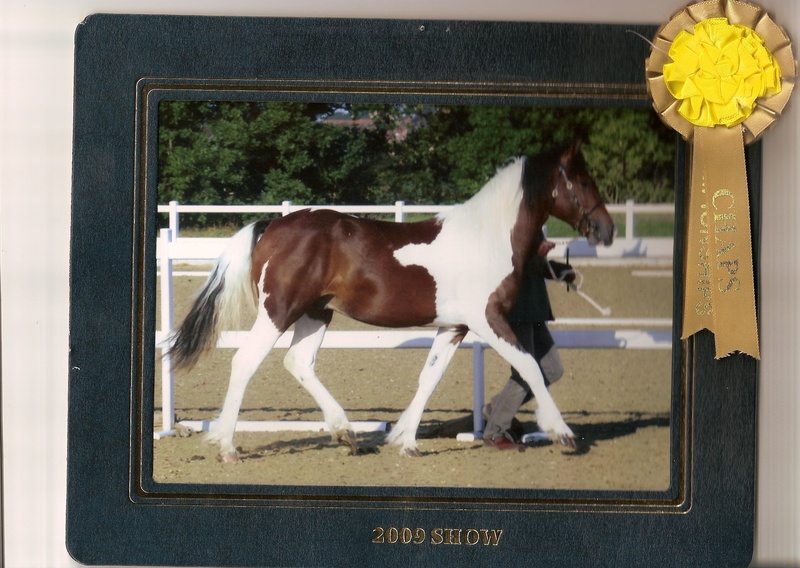